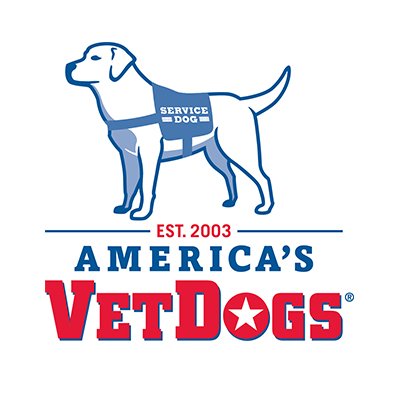 Brothers if you were not able to attend the Check presentation at 10 AM on August 6th, some images and some of what transpired.
The MWV of the state of NY arrived from post from all over the jurisdiction. The Grand Commander, Steven Dreizler and 2 Suffolk County Legislators and some members of the Press joined us for the ceremony.
At 10am the commander called to order and the pledge of allegiance was recited and the Grand Commander was introduced by Suffolk Post 23 commander, Bill Arnold.
The Grand Commander spoke briefly and introduced the VetDogs representative who also made brief remarks.
The Suffolk County Legislators attending also made brief remarks and also presented the Grand Commander with a Proclamation for the Masonic War Veterans of the State of New York. 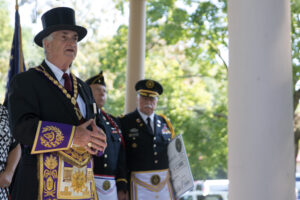 The Grand Commander introduced the Grand Master, MW William Sardone and the Grand Master spoke about the importance of Fraternity and care of Veterans and how crucial the VetDogs program was. He introduced Bro. Bob Motl and his VetDog. Bro. Bob spoke how having received his do almost a year prior and what having this dog has meant to him.
The Grand Master closed the ceremony by presenting a $12,000 check to American VetDogs for the naming of 2 puppies to be trained. The names chosen were:
Willie & Bruce.
Willie in memorial of William Eiserman who was a member of Suffolk Post 23 and a Past Grand Commander of the MWV.
Bruce for M:.W:. Bruce Widger, Veteran and Past Grand Master of Masons in the State of NY.
The Grand Post has collected enough to soon present another check to American VetDogs to name another puppy through the generous donations of Brothers and Veterans. 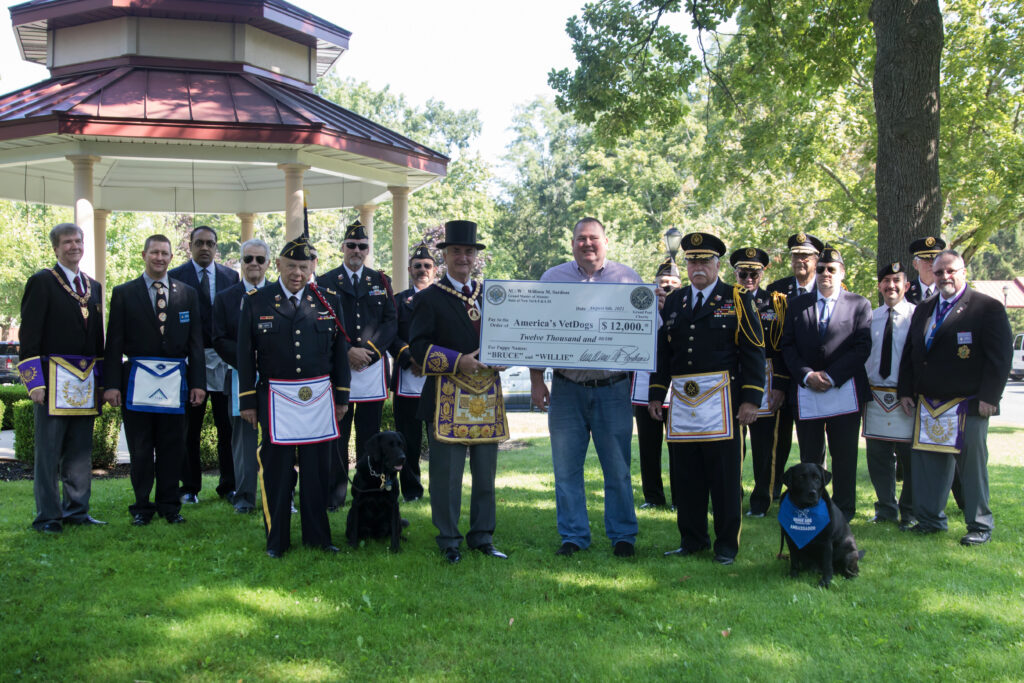 if you would like to know more about American VetDogs and what they do, please see here -> https://www.vetdogs.org/